Find out how any company in any industry can benefit from using tube and joint systems in the pre-production stage as a way to manage costs.

The Origins of Lean Manufacturing

With lean manufacturing, companies can increase production throughput without sacrificing their cash position or purchasing excessive inventory. Unfortunately, a large number of companies use some lean concepts while never fully implementing others.

Instead of using lean manufacturing principles during the pre-production stage, several companies only adopt lean concepts long after production has started. Unfortunately, this puts them in a read-and-react position where unforeseen changes in product designs force them to make haphazard and extremely costly adjustments. However, Jerry took an entirely different approach.

Jerry and his team used modular piping solutions to create a mockup front axle and rear axle assembly line for General Motors. As stated by Jerry, “long before we purchased any equipment, we created a whole facility with modular piping and decided early on how our material handling systems would be structured.” This included using tube and joint systems to create mock machines and equipment in order to create a visual presentation of both on the shop floor.

They also used modular piping to create trolleys to test the transit times between work cells, all the while looking for any possible obstructions. They then created temporary structures in order to simulate how future material handling systems would be positioned beside work cells, equipment, and machinery.

Making Immediate Adjustments within Minutes – Not Days or Weeks

Jerry and his team of engineers chose modular piping solutions during the preproduction stage because of how easily it was to make simple changes. Some of the changes they made to their mock layout took mere minutes, something that is completely impossible to achieve with fixed material handling systems. As Jerry stated, “companies need to plan their material handling systems early on so they can maintain and improve upon their profits margins later.”

Ultimately, the tube and joint solutions replaced all of their larger, fixed-structure material handling frames. According to Jerry, making a single adjustment to their older material handling structures involved sending their heavy-duty racks to “a third party for welding and adjustments which could take weeks and months, whereas if you have a product like Flexpipe, it can be done in an afternoon.”

Adopting lean concepts in the pre-production stage by using tube and joint systems has three primary benefits. First, it amalgamates the costs associated with laying out the entire production floor for equipment and machinery, while totaling the costs for standing structures, workbenches, shelving, trolleys, flow racks, boards, etc.

This provides companies with a complete picture of their costs. It also allows companies to decide upon how much actual square footage they need for manufacturing. They can avoid the extra costs of leasing/buying too much production space, or conversely, avoid the high costs and delays that come from not having enough production space. 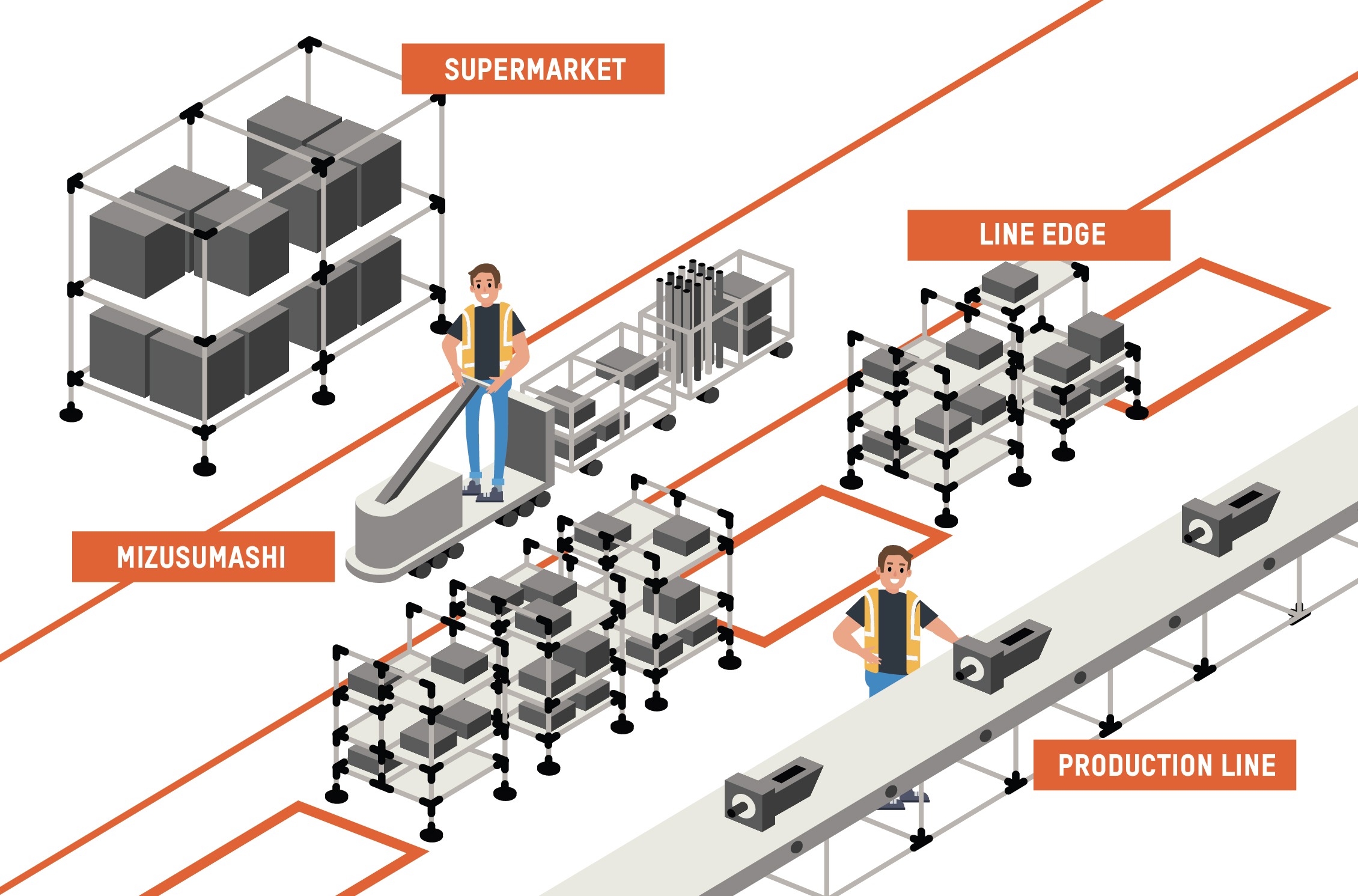 Second, using modular piping solutions in pre-production helps to simplify workflow. Companies have a much easier time choosing which modular piping solutions are needed for all their T-shaped, U-shaped, and S or Z-type work cells. This allows them to maximize the transit times between production work cells, equipment, machinery, and other standing structures. It also helps them choose ideal locations for inventory and part storage.

Third, by adopting tube and joint systems in the pre-production stage, employees are better able to make quick modifications to standing structures and material handling systems once production begins. No more waiting on welding or having to send out heavy-duty racks to third-party suppliers for modifications that may take weeks or months. Instead, with tube and joint systems, the employees can make the changes themselves.

Modular piping is a product designed with lean concepts in mind. Making changes to modular material handling systems is faster, simpler, and far less expensive when compared to fixed-structure systems.

Again, any company in any industry can use the same approach. It simply comes down to using the following four steps.

1. Use Spaghetti Diagrams to Define Workflow 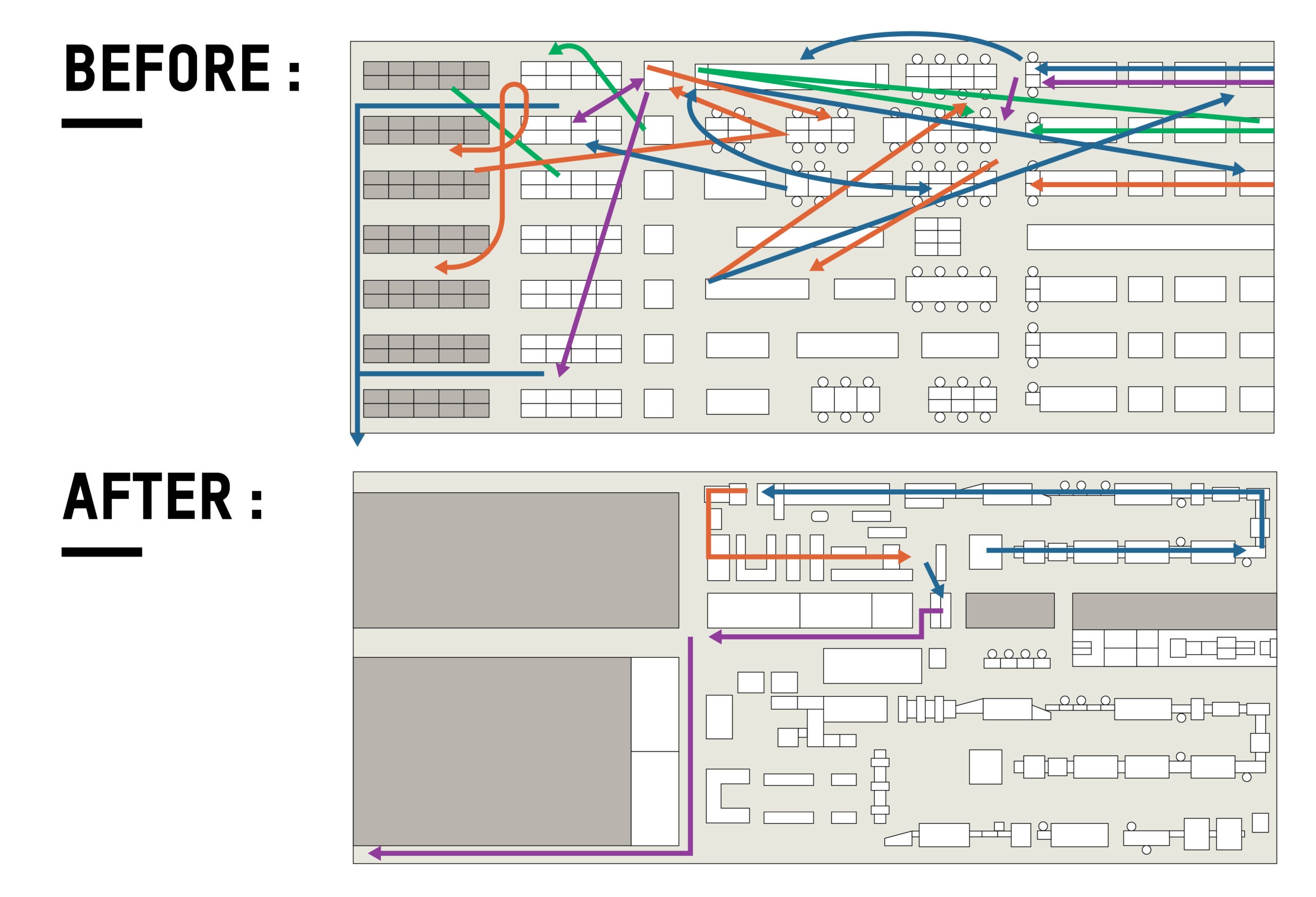 Spaghetti diagrams allow you to map your workflow so that you have a visual presentation of how physical parts move between part storage, material handling systems, work cells, equipment, and machinery. The goal is to have a sequential process where the parts move naturally and employees aren’t required to walk extremely long distances to move those parts to the next chain in the process.

Once you’ve defined the areas of your shop floor occupied by machinery and equipment, it becomes easy to determine the number of material handling systems you’ll require. To help you in the design of those systems, Flexpipe has created the Flexpipe Creator Extension, an innovative software-based solution that allows you to simplify your designs.

By now, your shop floor should be mocked up with locations for equipment, machinery, standing structures, work cells, and material handling systems. A proactive final step involves simulating transit times between each of these structures to ensure that there is sufficient space for employees to move parts and that the distances they travel aren’t too far. 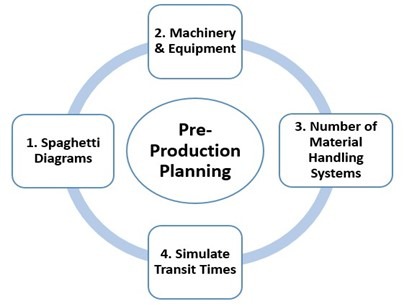 Flexpipe: Make it Work For You

Flexpipe is an industry leader in tube and joint systems with a strong North American footprint. Long recognized as an innovator, Flexpipe is well-known for its affordable modular piping solutions (30% less expensive) and its customer-centric approach to customer service and after-sales support.

Click to rate this post!
[Total: 1 Average: 5]
TRICKED INTO EFFICIENCY;
DESIGN 50% FASTER. BY THE BEST, FOR THE BEST.
Browse the free plan's library 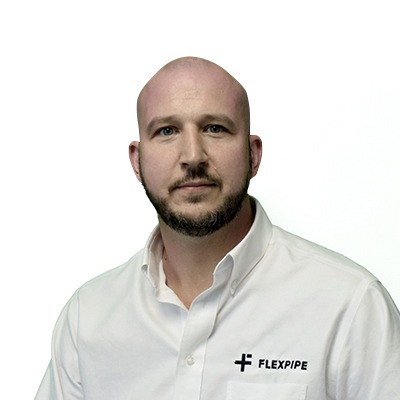 Derek is the Project Manager for the Western United States. As a Hockey and swimming coach, he is passionate about sports and challenges. Prior to joining the Flexpipe team, he worked for several years designing and selling accessories and clothing for men and women. His experience and dedication make him an excellent reference for our clients and the entire Flexpipe team. 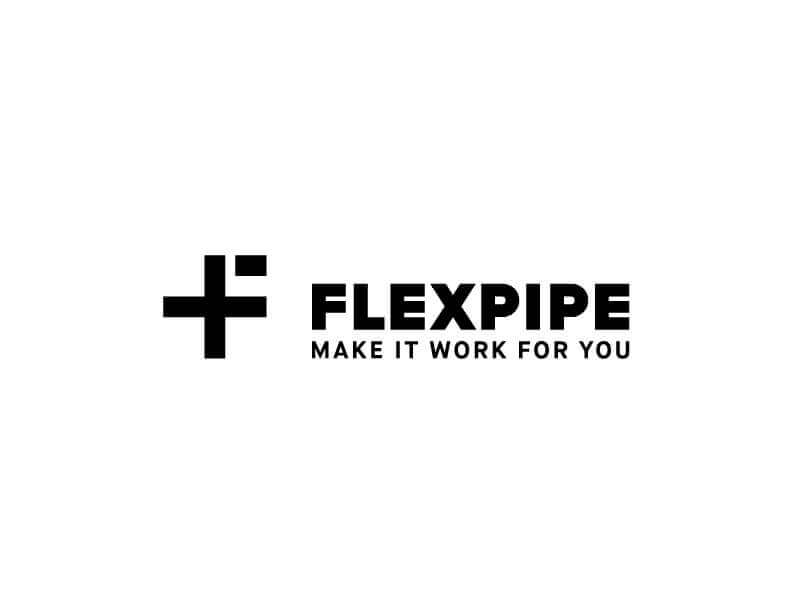