How the integration of 5S improved production organization at Waterax

Waterax manufactures products for wildland firefighters. Specifically, it develops portable fire pumps and water-handling equipment that are purpose-built to stand up to demanding environments. Established in 1898, Waterax has offices in Montreal and Vancouver, and it was its Montreal facility that was recently faced with the challenge of integrating 5S methods in its building practices.

Read on to learn how the modular system improved the facility’s ergonomics, all the while saving money in manufacturing practices.

Upgrade the facility to increase efficiency

In 2012, Waterax’s Montreal facility was planning on implementing a new floor layout due to an impending move. Following some lean manufacturing training sessions, the company realized that a new material handling system would make implementing the new floor layout much more straightforward.

We needed a solution that could evolve over time.

Also, the latter would improve operational efficiency and organization of the production floor. Now, they just needed to choose the solution which would best suit their needs. 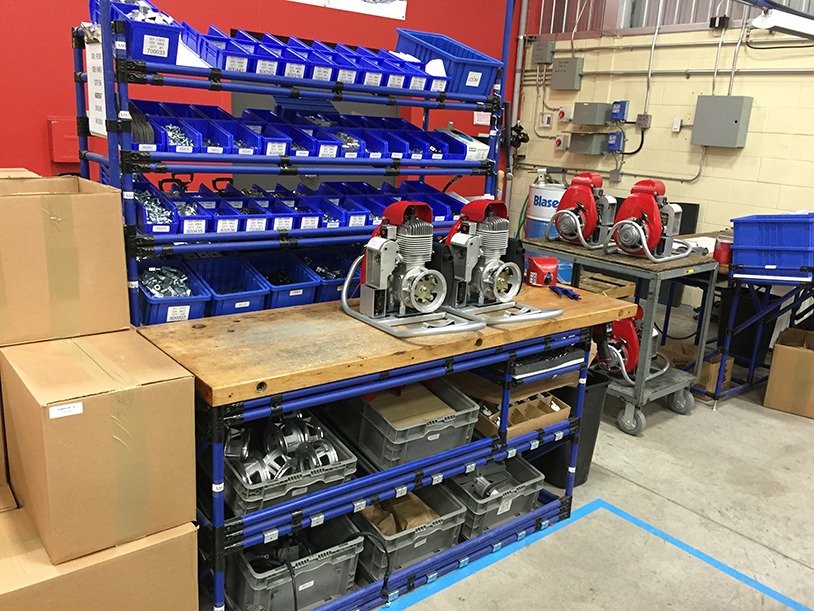 Waterax tried the modular system based on a few rough sketches; they wanted to make sure that the equipment could withstand the pumps’ weight. Having realized just how practical and straightforward the system was to configure, everyone got involved and began creating their structures. 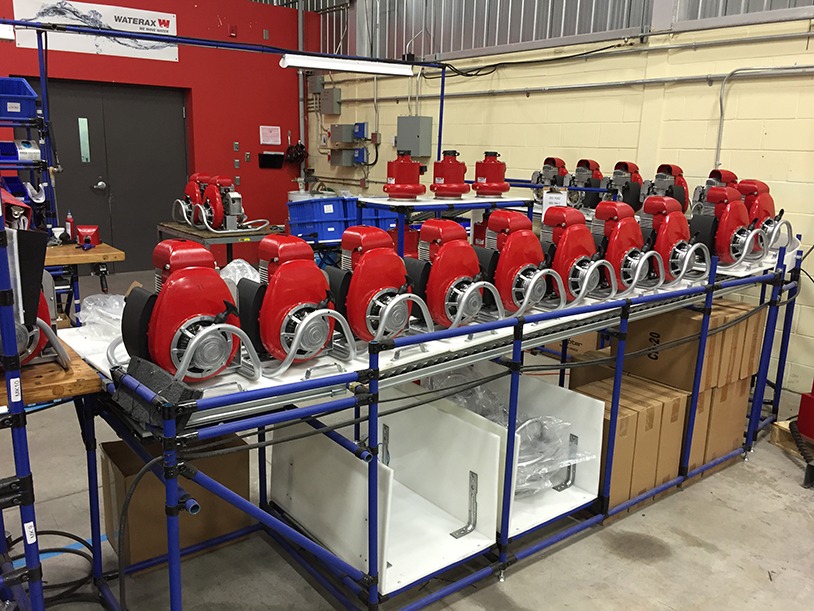 This conveyor was designed and built from A to Z by Jonathan Bousquet, Waterax’s production engineer. The primary objective was to reduce the risk of employees getting hurt, as each pump weighed 35 lb at this step of the production process. To get a 90-degree curve on the conveyor’s route, several notches were required on the conveyor tracks (every two wheels, to be precise).

Also, to create a slight slope on the conveyor – so the pumps could move unaided – Jonathan got on the floor and stacked up cardboard panels until the right angle was obtained. Now that’s a great example of the “trial-and-error” process!

Integrating this conveyor also regulated the production rhythm of the MARK-3 pump (a highly regarded product in the forestry industry). Previously, the company would only produce a specific number of units ordered. The product was then left on the floor on standby for the next production step, which increased the risk of injury for the workers.

Nowadays, additional units are built for future sales. The pending units are stored on the conveyor, ready for the next production stage. 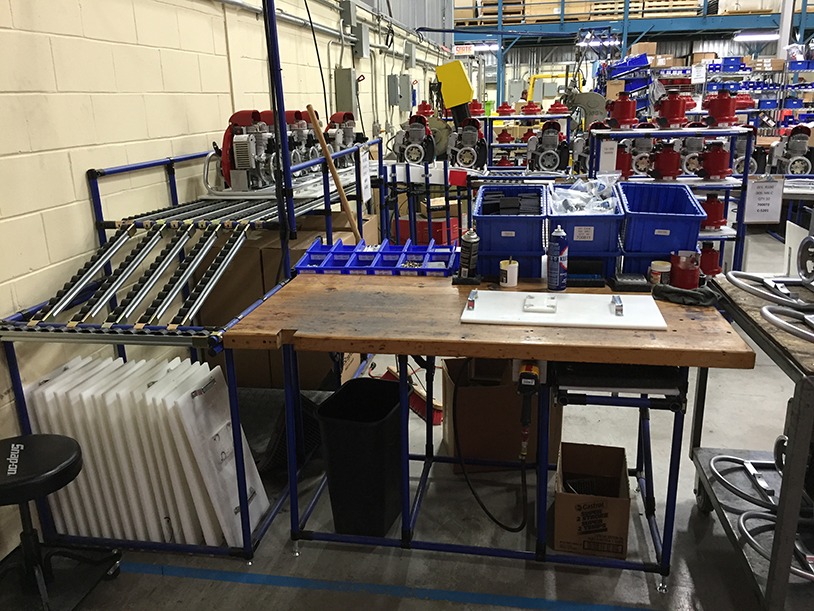 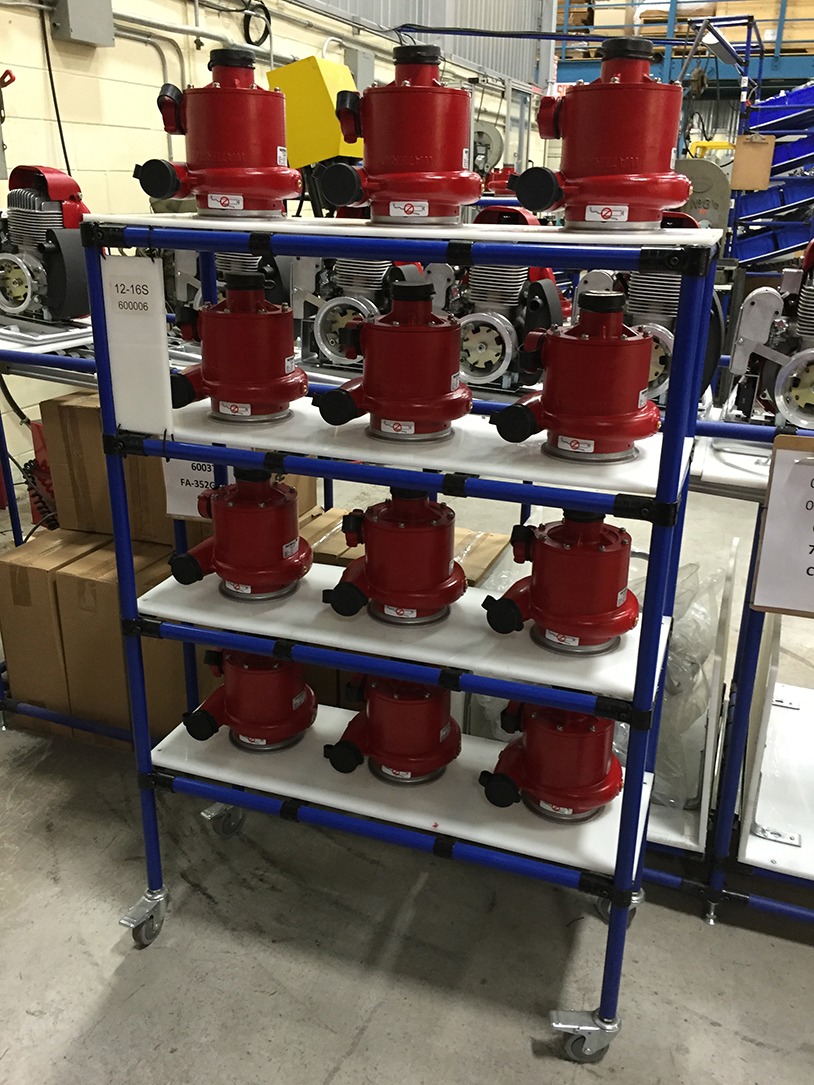 This shelf unit is used in several steps of the MARK-3 product assembly cycle, such as: 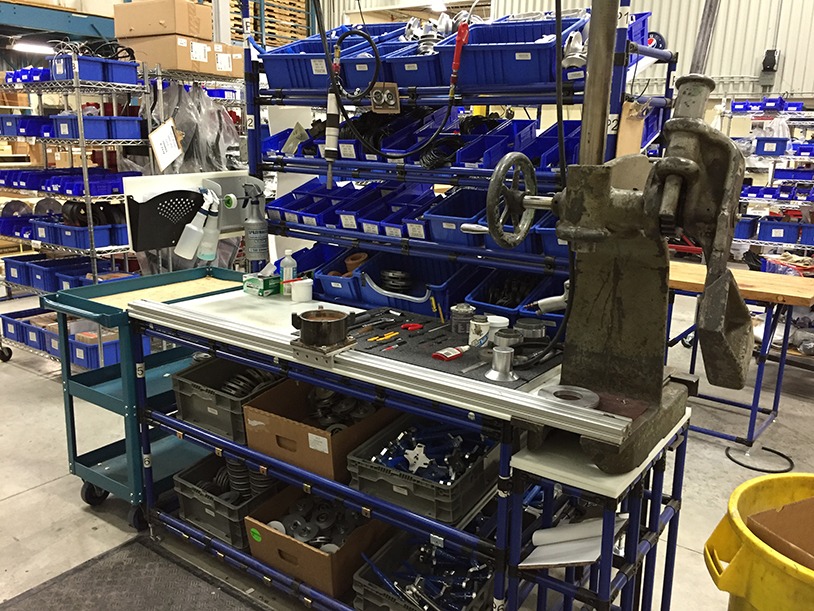 A custom-made and ergonomic workstation

This workstation was custom-built by Waterax employees. This station is where performance tests are carried out. The previous model was too low and was a constant source of potential injuries to workers.

Thanks to the modular system, employees were able to adjust the height of the table to their exact specifications. At this step of the production process, this portion of the pump, weighing 25 lb, will be annexed to the 2nd portion waiting on the conveyor. The weight of the parts being handled made it such that it became imperative to address the ergonomic aspect of the test station. 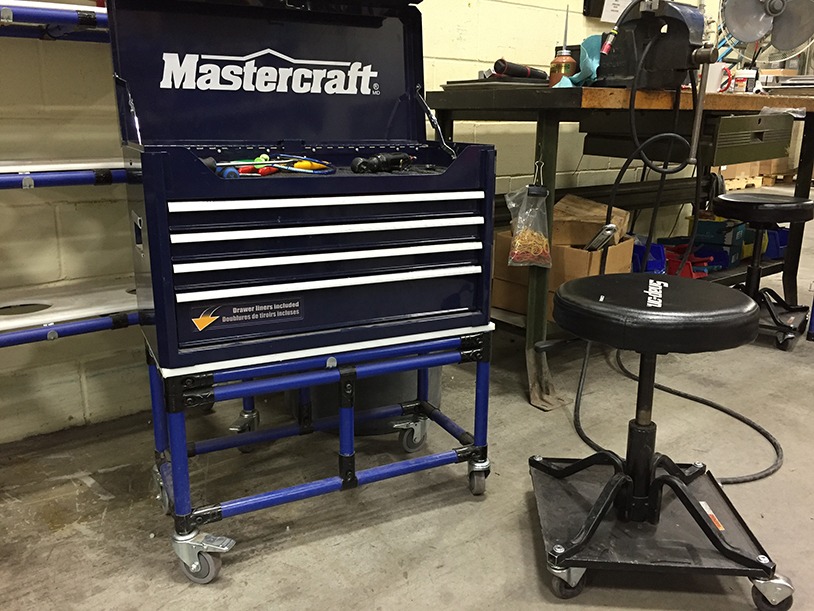 All equipment is on wheels, thus making it easier to change the floor layout if needed. 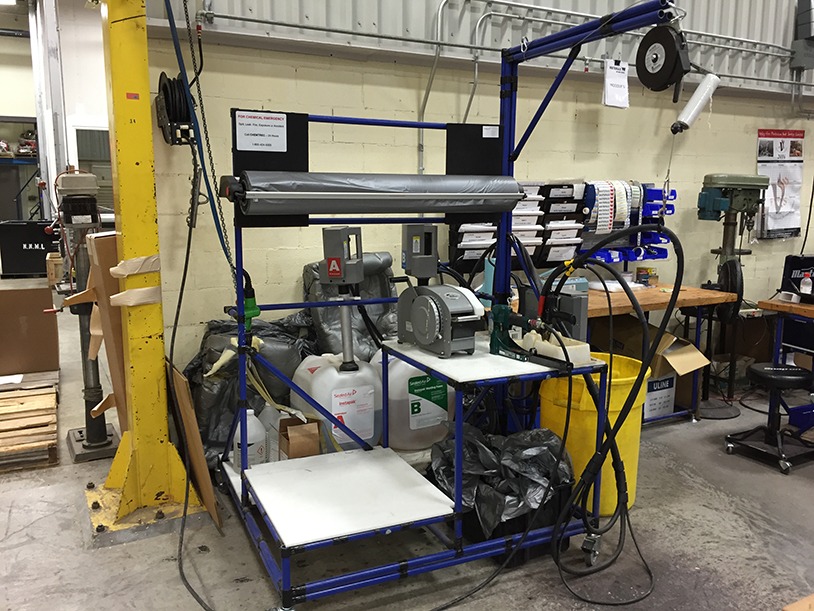 Custom-built, adaptable packaging zone built by the « A place for everything, and everything in its place » adage. 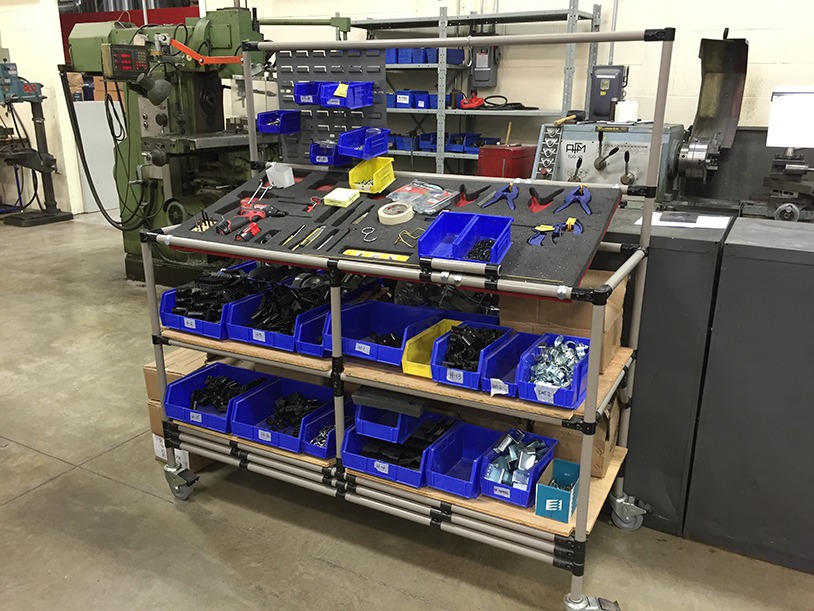 Between 2012 and 2016, Waterax built more than 40 modular structures for its Montreal facility, with a 4-to-1 ratio of structures per worker. Currently, the company estimates that about 80% of its production equipment is made of Flexpipe structures.

Ultimately, Waterax realized that the modular structures had significantly contributed to having all items organized in a neater fashion on the production floor. As the modular system was the cornerstone of this transformation, Waterax intends to continue improving every aspect of its manufacturing process. 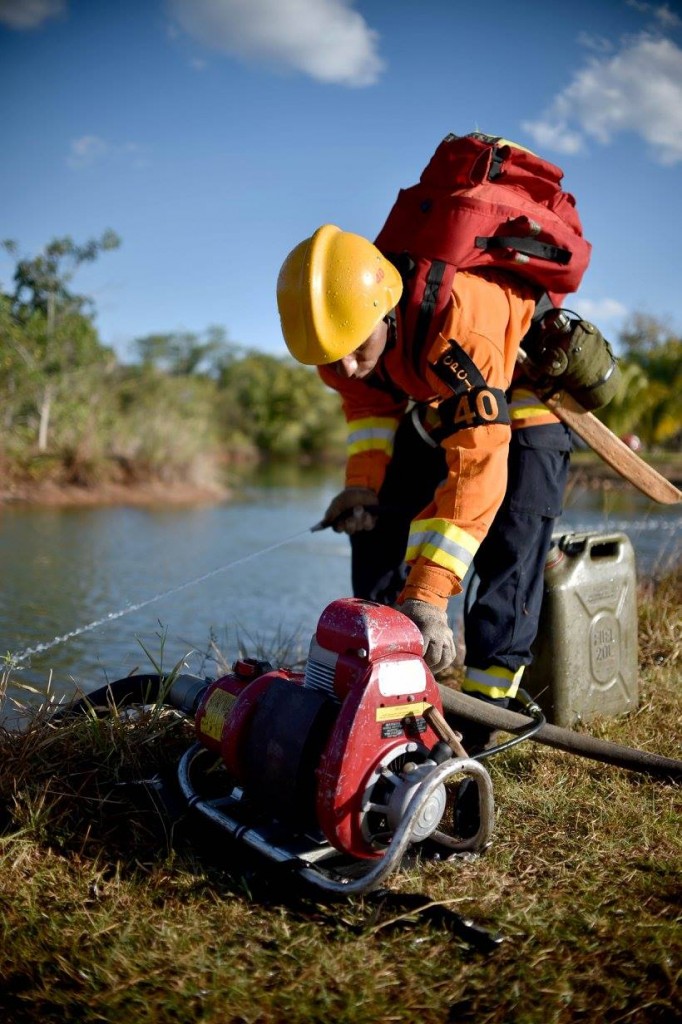 Where functionality goes hand in hand with efficiency

The successful implementation of 5S at Waterax was the result of sustained employee effort and commitment. By being open-minded and creative, they were able to design modular structures adapted to their needs.

Both the facility’ ergonomics and organization have been significantly improved, in addition to regulating production flow. It’s safe to say that the modular system provides invaluable support Waterax with regards to manufacturing its water pumps!

Improve your production with our
material handling system
Learn more

Rémi is a project manager at Flexpipe. He discovered the Flexpipe system while doing an internship at one of our customer’s facilities. After his studies in mechanical engineering, he joined our team. Today Rémi works with some of our best clients in western Quebec. 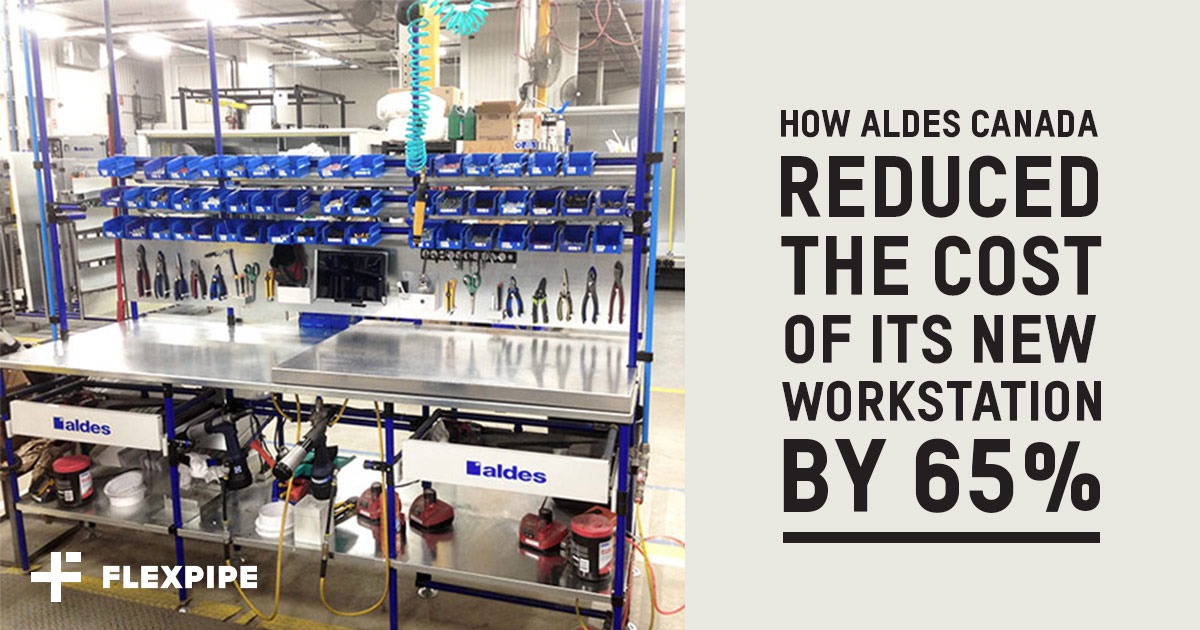