Aldes Canada manufactures residential and commercial ventilation products, including airflow regulation units for the Canadian market. With more than 50 employees, the company was founded in 1999 and is established in Quebec.

In 2010, Air 2000 was bought by Aldes Group and became Aldes Canada. Moving Air 2000’s installation to a new facility and modernizing its production equipment became top priorities. Because market demand was increasing, they needed a system that could be implemented very quickly.

Read on to learn how Aldes successfully introduced ergonomic modular structures in its production line thanks to its employees’ creativity.

After considering several options, Aldes decided on a tube and joint system which could support the company’s growth since the majority of parts could be reused for other structures. Flexpipe’s modular system was introduced at Aldes in 2011. 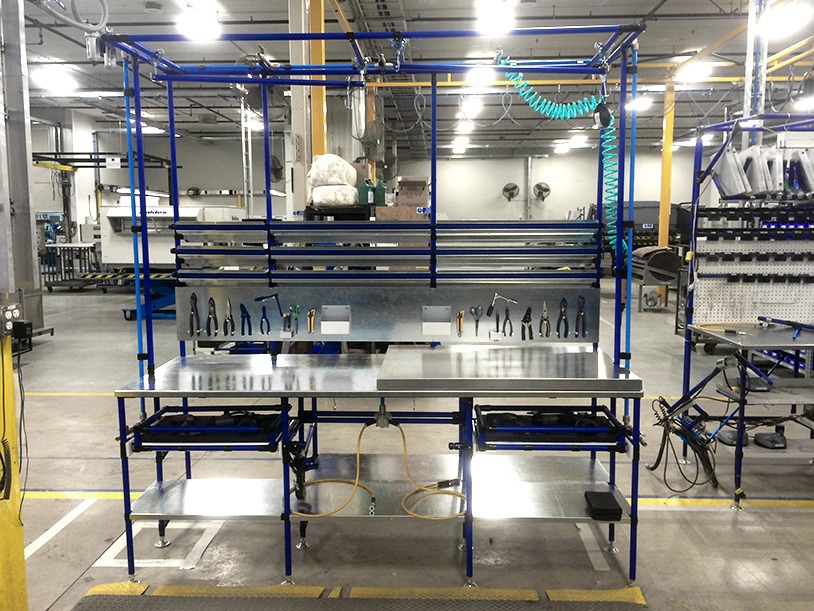 An ergonomic workstation that cost 65% less than other options

At the pre-assembly step of the manufacturing process, workers were using traditional power drills. The problem was that their arms and shoulders were becoming increasingly strained after lifting the tools day after day and having to position them in a specific way to carry out their tasks. 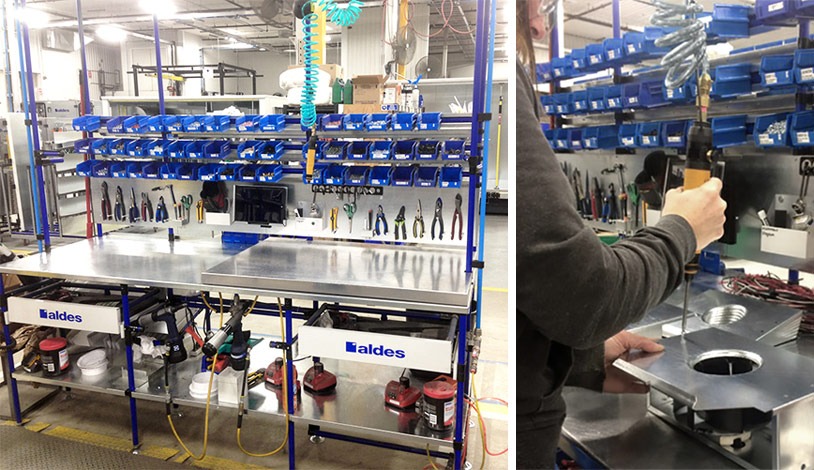 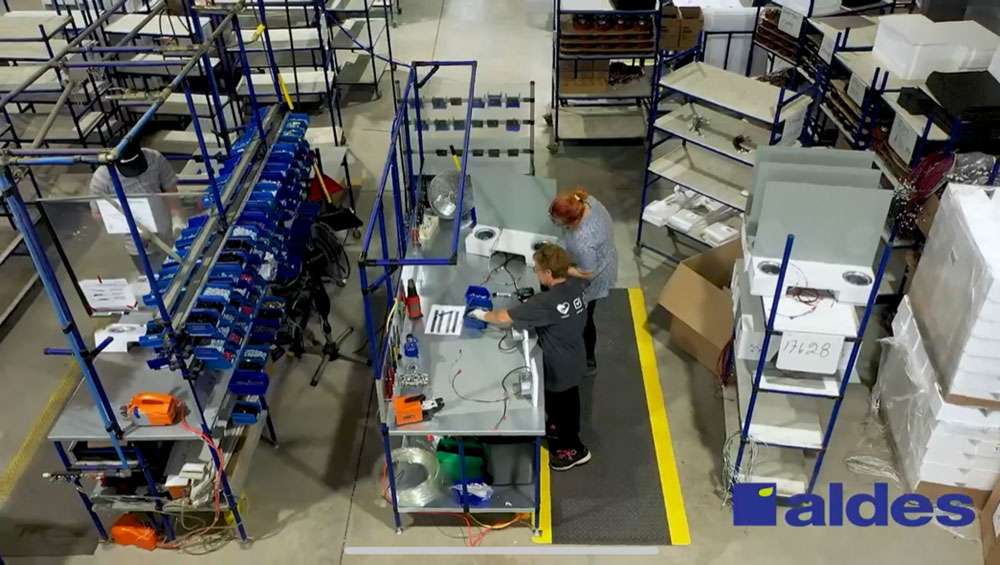 First, employees would now use drill-drivers instead of traditional power drills. Second, Mathieu built a new modular workstation equipped with a rail system to which these new tools were attached.

Before creating this unique workstation, Mathieu first evaluated other solutions. However, the cost of said solutions was too high, ranging upwards of $1000. After doing some out-of-the-box thinking, Mathieu created the lean manufacturing workstation inspired by 5S principles. 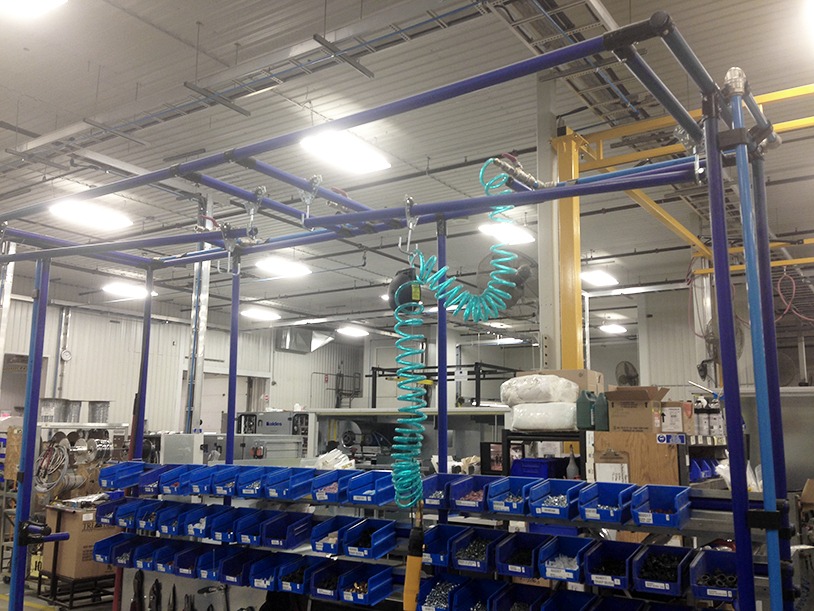 Furthermore, he integrated a similar system to the overhead crane system so the drill-driver would follow a worker’s flow of movements.

Mathieu’s creativity allowed the company to save nearly 65% of manufacturing costs. How? Instead of purchasing a workstation retailing at $1000, he created the modular workstation for a mere $347!

At Aldes, employee involvement and use of their creativity are highly valued to maximize the benefits of the modular system. Therefore, when it comes time to build new structures, production floor employees are involved right from the beginning. 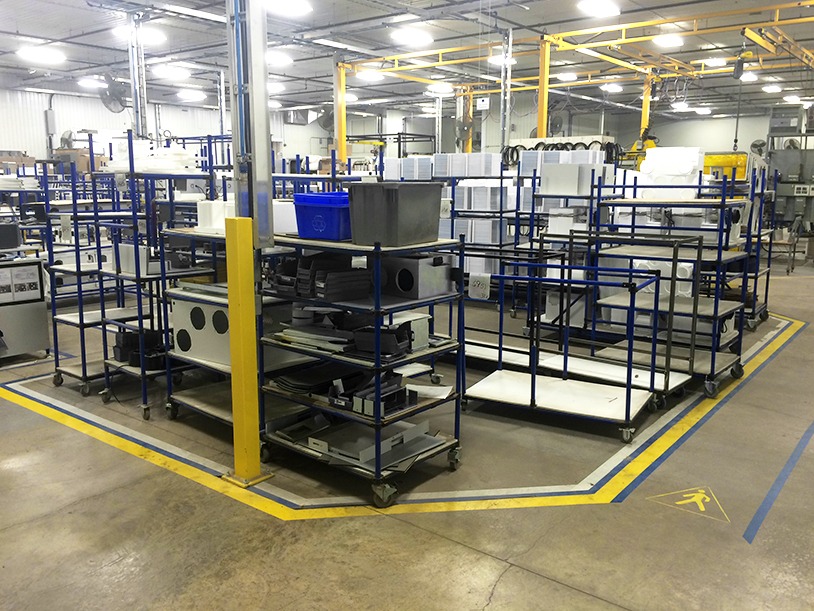 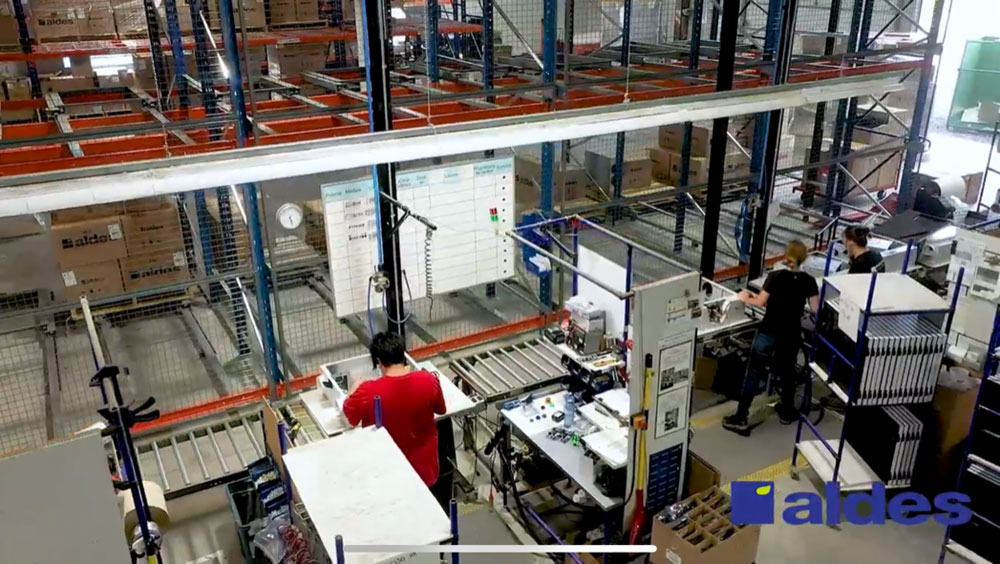 Nowadays, Flexpipe structures are present in over 85% of Aldes’ various departments. Also, surplus tube and connector parts are stored in a designated location of the plant, which makes them readily available to build new structures or change existing ones. That way, the system can be quickly adapted according to the plant’s needs. 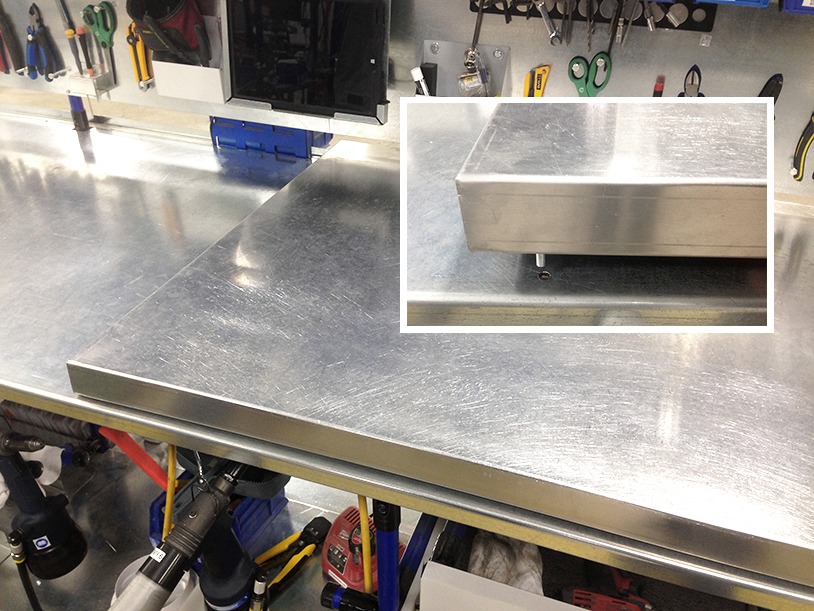 A workstation which adjusts to an employee’s height

A leveling platform has since been installed on the workstation catering to taller workers, so they may also have an ergonomic work surface. Workers no longer had to hold the drill over their shoulders to accomplish their tasks. Physical constraints were now a thing of the past when building ventilation units. Another perk: these steel work surfaces were already being built at Aldes.

This innovative workstation garnered the industry’s attention and allowed the company to be among the finalists in a prestigious Quebec contest for all the safety and ergonomic improvements that it brings to the Aldes Canada workplace.

Aldes also took the opportunity to integrate 5S principles in the majority of the new structures. 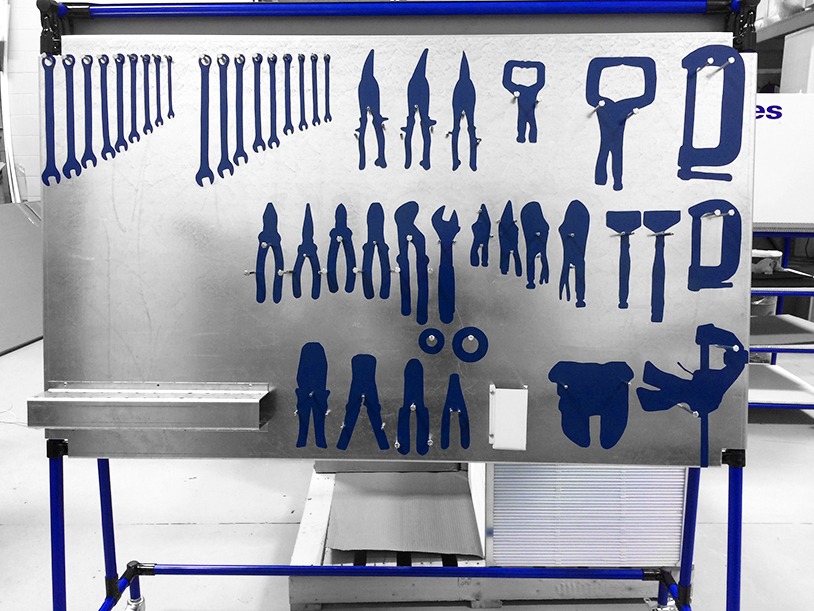 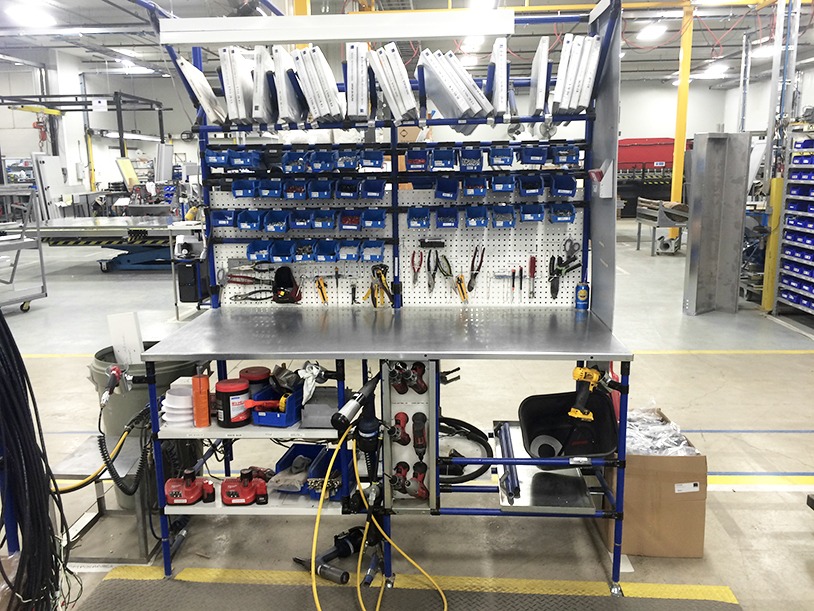 This case study clearly shows how important it is to engage employees when creating modular structures. Doing so inspires a sense of belonging among employees, which, in turn, facilitates change management. Furthermore, by using in-house products and resources, Aldes Canada was able to save a considerable amount of money when building its new workstations.

You and your team
can build the perfect workstation!
LEARN MORE 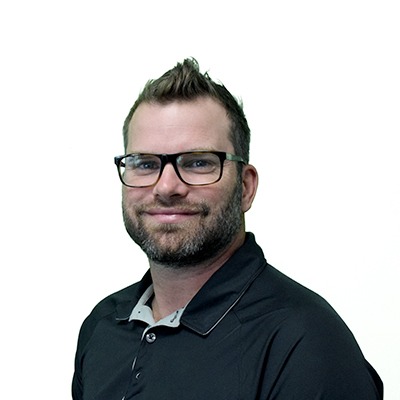 Mathieu became a Flexpipe project manager covering Quebec’s North Shore in 2018. Previously, he worked for several years in the operations and supply chain sectors. Mathieu is passionate about optimizing processes, and as such, went about studying logistics. He is committed, determined, and passionate about sports. He is an avid triathlete and coached a football team for 2 seasons. 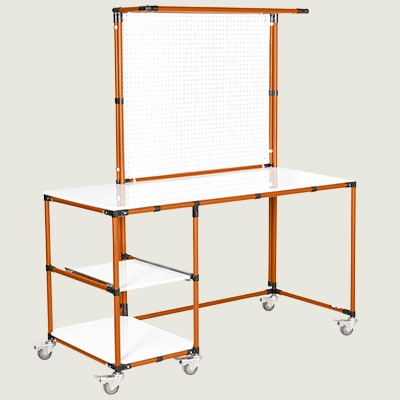 How to build
HOW TO BUILD WORKSTATIONS